Deception is Everywhere: This is your guide to avoid being deceived! 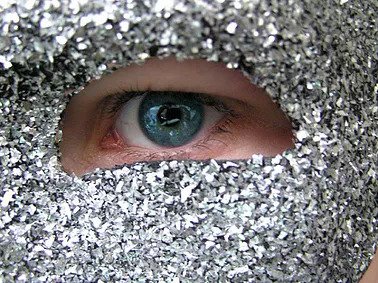 Spiritual deception knows no boundaries. It crosses ethnic lines, has no economic barriers and intersects all religions throughout the world. Spiritual deception is abuse in its rawest construct and this abuse takes many forms: sexual, psychological, emotional, and financial (to name a few). Whatever your religion or faith, you might just be in danger of being deceived.

Most people I know spend very little time, if any at all, thinking about spiritual deception. In the lineup of the day where there’s family, career, and everyday life, thoughts of being deceived by a spiritual leader don’t make the grade. We regard our pastors, rabbis, minister, priests, etc., with high esteem and rarely consider that a time may come when we are forced to see them in a different light. Sadly, many won’t recognize spiritual deception until they become a victim of it.

Many years ago, I was a member of a particular “Word of Faith” church. I was also employed there full time. I was a new convert back then. Every first Sunday of the month was considered “Super Sunday” and every member was required to give a $100 “seed.” Faithfully, I came prepared with my check already written out. We had a guest speaker that Sunday, a famous man named John Avanzini. The pastor gushed glowingly as he introduced “Brother” Avanzini who was world renown for his ability to “break the power of debt.”

In a baritone voice, Brother John Avanzini gave testimony after testimony of the countless people who had sowed thousands into his ministry and reaped a hundred-fold blessing that left them with hundreds of thousands of dollars in their bank accounts. Debt had been broken from their lives! As a young woman with a mortgage and a car note, I desperately wanted to be one of the “anointed and highly favored” ones to reap the same reward.

At the time, I had three thousand dollars to my name. That was my life savings. My mouth was dry and my stomach churned as I debated whether I had the guts to, as Brother John said, “take a leap of faith.” He gave numerous biblical examples where people sowed their last seed and reaped rewards, and by the time he got to the Scripture featuring the woman who gave the “widow’s mite,” well by then, I too firmly believed that if I leapt, “the net would appear.” Into the bucket went my $3K life savings. Sadly, the net in my case turned out to be the ground. I landed loudly with a thud. Not only was I broke but days later, the same church that employed me started giving out bounced payroll checks. I stayed for two more weeks, and when the church’s next check to me bounced, I left and found another job.

In hindsight, I was a victim of financial spiritual deception because of my own naivety and blind greed.

Although deception can subtly creep upon you, other times it can hit you like a ton of bricks as Krystal Harper discovered. 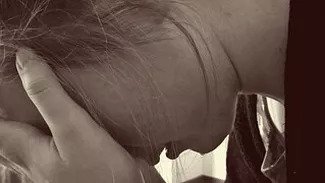 “When I first heard the nature of the allegations, they were so shocking and unbelievable that I thought, ‘NO WAY, NO HOW!’ That same day I went to work and one of my co- workers suddenly thrust his cell phone in front of my face. On his phone, right before my eyes, was a full frontal naked picture of my pastor… Even though I had just seen the evidence with my own eyes, I still didn’t want to believe it!” ~ Krystal Harper

Krystal’s story is told in Deception in the Pews. However, as you can surmise, she was the victim of emotional spiritual deception. Utterly devastated by the scandal that rocked her church when her pastor’s naked pictures were plastered on the web by his mistress, Krystal came to realize too late that her faith had been tied directly to her pastor. And when he fell short of his calling, she found herself confronted with the knowledge that her faith should only be tied to God, Himself.

Whenever spiritual con artists deceive the unsuspecting, whether it be sexual, psychological, emotional or financial, spiritual deception leaves a host of wounded individuals in its wake. Because of its propensity to destroy lives, the co-authors of Deception in the Pews are determined to sound the alarm, to raise awareness that spiritual deception is real, that it can wound people immeasurably and it can turn people away from religion forever.

Sadly, spiritual deception is one of the reasons why religion in America is on the decline. It is a major factor in why we see so many empty churches with dwindling congregations.

The above are just two examples. Millions of other examples exist. Do you have one of your own that you’re willing to share? If so, join the conversation, buy the book, get involved.

In closing, here are seven steps you can take to avoid being deceived: 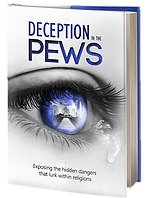